Castrated, vaccinated, worming up to date.

Reggie has a white body with black head markings, it is an understatement to say he arrived into welfare in terrible condition after some time spent on the street and not being well cared for.

Reggie arrived with a bad attitude. He lacked any manners at all, he had little eye contact and no respect for those around him animal or human. While he never showed any aggression to humans, he was a nightmare near other dogs.

It did not take us long to realize he was just a very vulnerable and a very scared dog.

He still occasionally has to be reminded not to act the tough man, especially around other dogs who to be fair he will not even look at unless a human is around, maybe he was encouraged to show aggression to other dogs but it is obvious he’s scared.

Reggie is a firm favourite here but we know it’s time he had a family who cares for him and continues to help him on his way to being what he is, a lovely bully boy. Are you that experienced person, that family he so desperately needs?

Reggie is very clean in the house and kennels, he will bark especially if he can smell his food being prepared which is a good quality dry biscuit and raw meat, He also enjoys raw vegetables and tinned fish in oil. He’s easily trainable due to his love of food.

His skin has much improved now but he still has scars on his legs and he is receiving medication for this which welfare will continue to financially support.

Reggie is Ball obsessed so not advisable to have around.

He shows no aggression with children at all.

Not cat or chicken friendly.

Travels great in the car .occasionally pulls on his lead.

If you feel you are able to help this lad to fulfill his full potential then please only experienced people need apply as we feel he has been let down enough in his previous life. 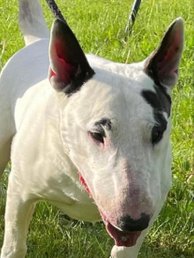 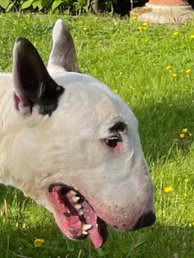 Fully vaccinated, wormed, Not spayed on the advice of our vet.

Red and white coat, not a big Bullterrier , now starting to gain  some weight.

Starting to enjoy her food but will not eat in front of people. Healthy in body but not so with her mind at the moment.

Filly was given up by her owner  because of ill health.

Previous owner had imported her from a “ dog trainer “ over sea  ( Greece ) some six months ago.

To be fair Filly is not trained, she is sadly “ broken  “.

She will require a very special person or persons with lots of experience and patience and  who live a quiet life with few visitors. Filly lacks all social skills, every sound, every quick movement will cause her to panic. If she could hide away she would.

We are now seeing the odd small changes for the better in her behaviour.

She will occasionally wag her tail and we have seen her playing thru the wire in the outside pens with the other dogs but when she saw us she stopped.

Maybe a very calm other dog could help Filly to adjust?

We changed her name as we felt new start , new name with no bad memories.

Filly in Greek  Language means “ female friend “ and we hope someone can be her friend because she needs one but it must be the right one.

You will receive extra support from us with her continued training for  a better outcome and future. We feel sure inside this very scared pretty girl is a very special Bullterrier. 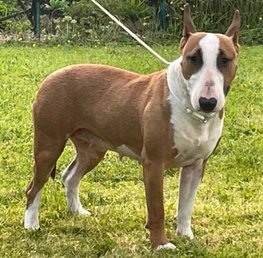 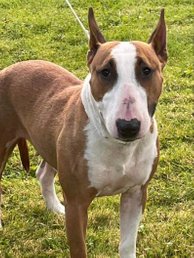 She is vaccinated, spayed and  her worming  is up to date.

Vera is not suitable for the faint hearted as she spent her early years running free around a small holding chasing vermin. She lacked few manners. While she shows no aggression towards other dogs it is felt she would best be the only family pet.

Vera is smart, a quick learner, fast and still with puppy like behaviour. She responds well to firm, fair consistent commands but she will seek out any weakness in humans and show them no respect. Vera is not aggressive with humans at all but her sometimes boisterous behaviour can be of concern.

Vera enjoys her food and will sit stay and wait but best be quick preparing it because she will not let you forget she is hungry.

Vera will enjoy her outside area but will bark when she wishes to come back in for her home comforts. She still occasionally pulls on the lead. She is house trained.

She has been know to chew so good quality toys are a must.

Vera can be left alone for short periods and is crate trained. Travels well in the car. Was no bother with the vets. Vera is  a very healthy stunning looking girl anyone would be proud to be seen with.

Do you feel you  are the right person or persons for her, if so please contact welfare. We will continue to offer advice on further training. 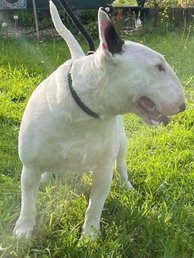 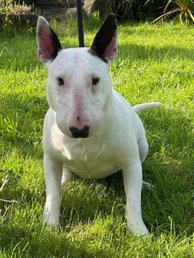 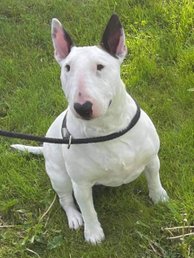 Lenny (1 and a Half Years Old)

He is fully vaccinated, worming up to date, castrated.

Lenny was reluctantly given up to welfare by his owners who had had him since a puppy during lock down period. He was very well looked after.

Lenny needs an experience person or persons who are firm but continue to be fair in handling.

Best as an only dog in the family and not suitable to share his life with other family pets . No small children due to Lenny’s size.

Lenny is very healthy and anyone would feel proud to be seen with him. He is very strong willed and needs further on going training  especially when out walking as he will show aggression towards other dogs who cross his path.

Lennie enjoy his food and is very chunky .Food can continue to be used as a training tool . He eats raw food and a good quality  biscuit.

Lennie continues to try to push the boundaries, will try to rush past us when at doors and gates this is ongoing and he is showing good responses.

Experience previous owners of the breed with a strong will themselves are probably best suited for this boy.

Do you feel you can continue to develop this stunning looking boy to become a loving member of the family.

Lenny will be ready in 2/3 weeks time. 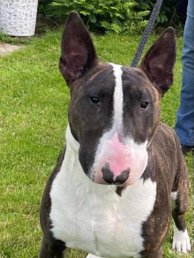 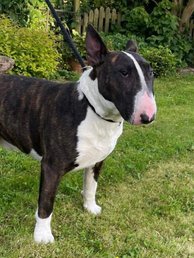 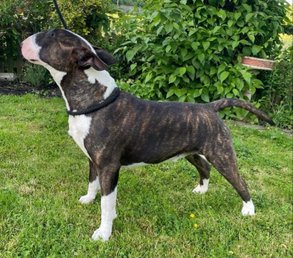 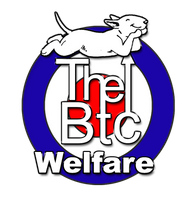